At the invitation of Nanterre-Amandiers, Théo Mercier opens the doors of a hybrid venue, somewhere between installation and artist’s studio. Unveiling the sources of his piece La Fille du collectionneur in the process of being created, a few months before the premiere, he stages and deconstructs his own working process and displays his practice, which is increasingly transversal. As if time has suddenly become suspended, giving way to a moment like that of a crime scene, Théo Mercier proposes a playful shift in the exhibition space, making it more like a theater stage. He reveals a set of works as if they were clues and evidence, creating suspense and tension, which are enhanced by the strangeness of the ambiance created by the lights and sounds. 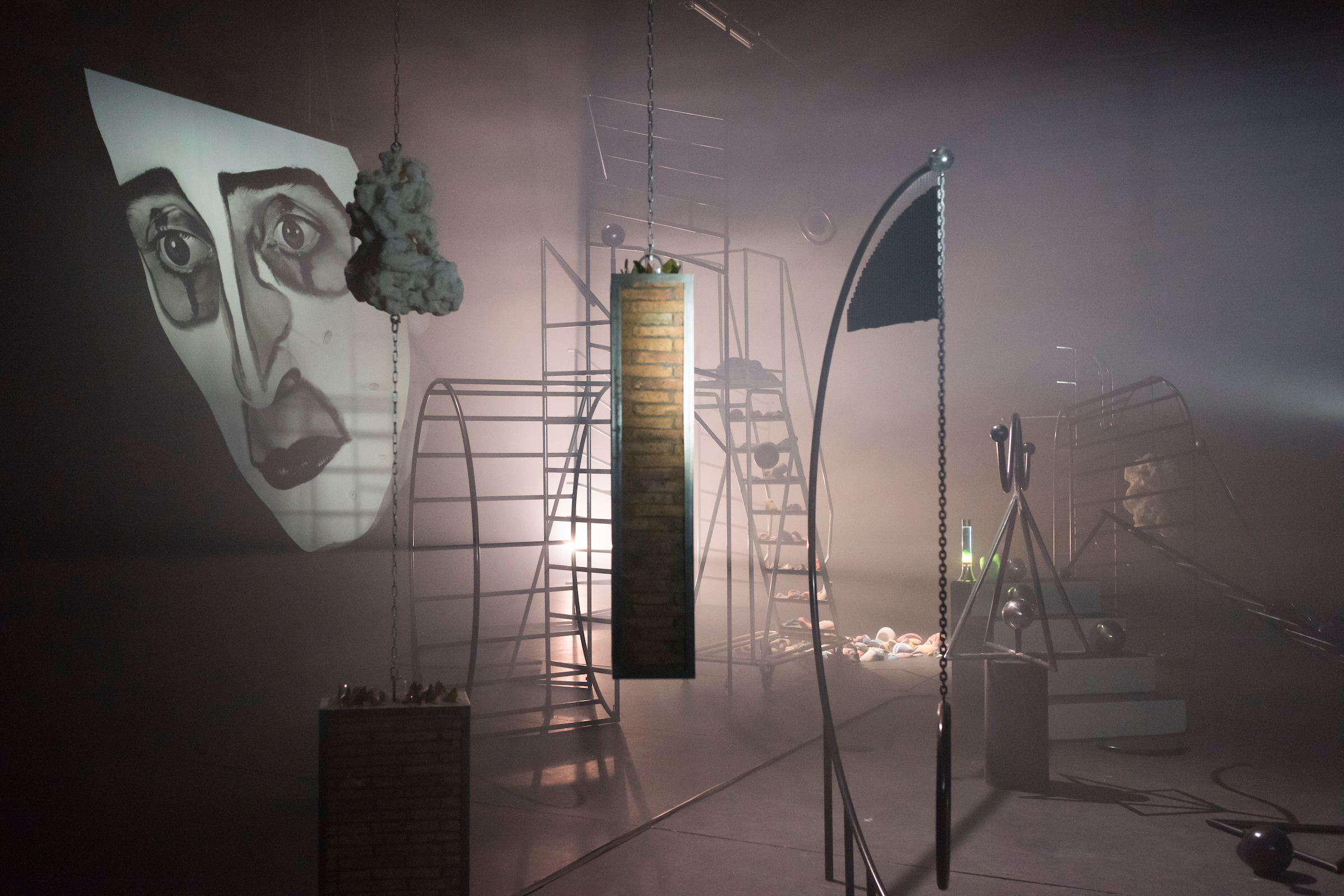