Presented for the exhibition DYNASTY, Le Solitaire (Loner) rises to the challenge of a monumental commission while reversing the traditional relationship that one has with the Great Works, carriers of a noble and collective message. In the middle of the museum, this giant spaghetti monster with glassy eyes, sitting uncomfortably on a too-small schoolroom chair embodies the boredom and the sad fate of being eternally “museographied” with touching humility. Unlike noble and lasting materials such as the marble or bronze of art masterpieces, Théo Mercier instead chooses a trivial material which is perishable and abundant to suggest the living, and makes a connection with humor between his Solitaire and the tradition of the vanities. 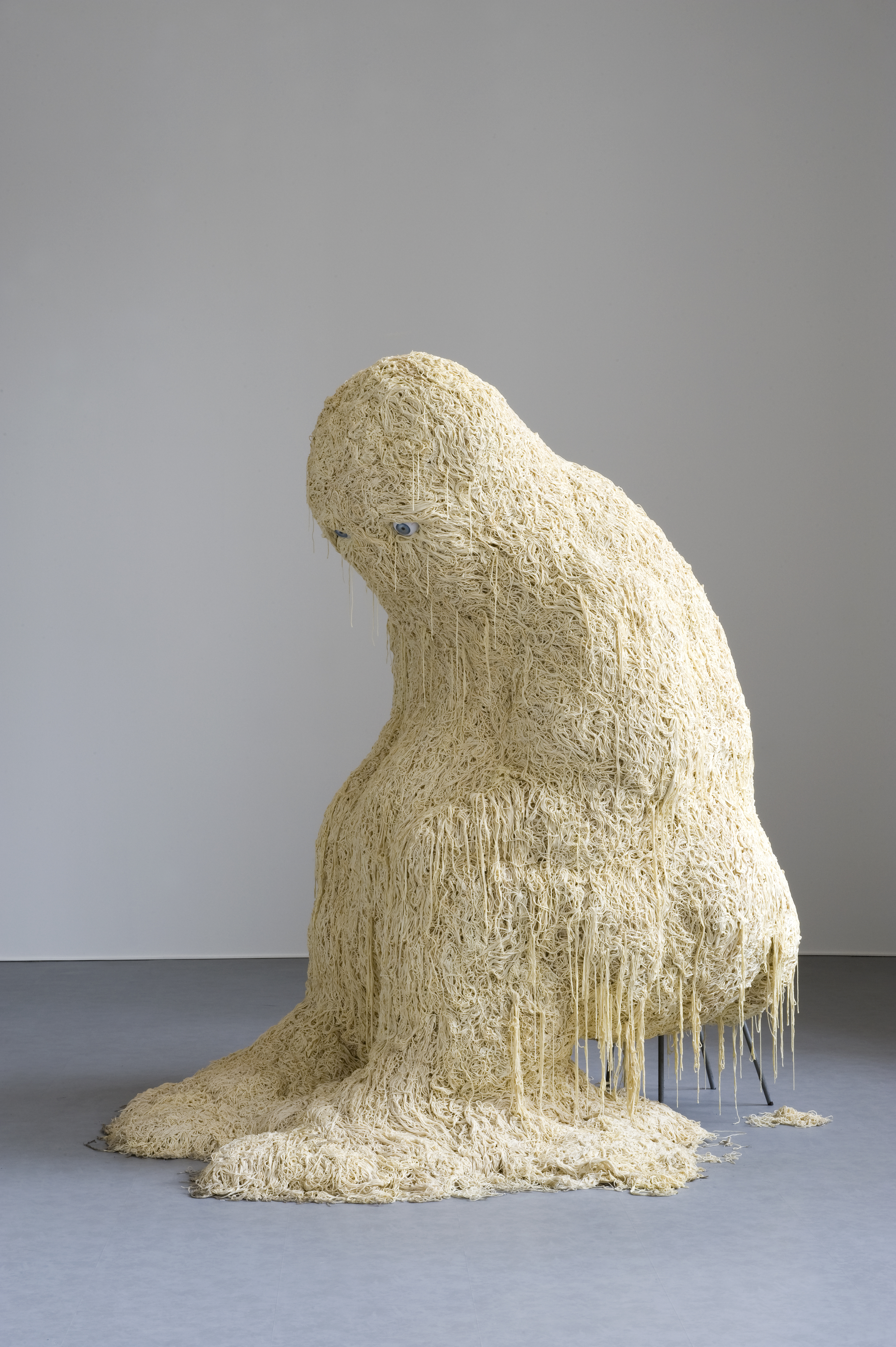