Idols from the global village

Théo Mercier’s Idols from the global village, created between Paris and Mexico in 2015, breathes life into a tribe of unordinary sculptures, which defy the dominant binary system of understanding. Somewhere between animal and human, masculine and feminine, primordial and futuristic, the blissful and the damned, the members of this marginal family with its totemic airs are singularly renegotiated in a gender and identity trouble. Behind the religious authority of these pseudo-idols, a grimace, a wink simultaneously suggest the presence of an underlying voodoo potency. Borrowing the tribal esthetic and its “magical powers,” Théo Mercier dispassionately reveals the humor and dark beauty that nourish our obsession for individual and collective identity. 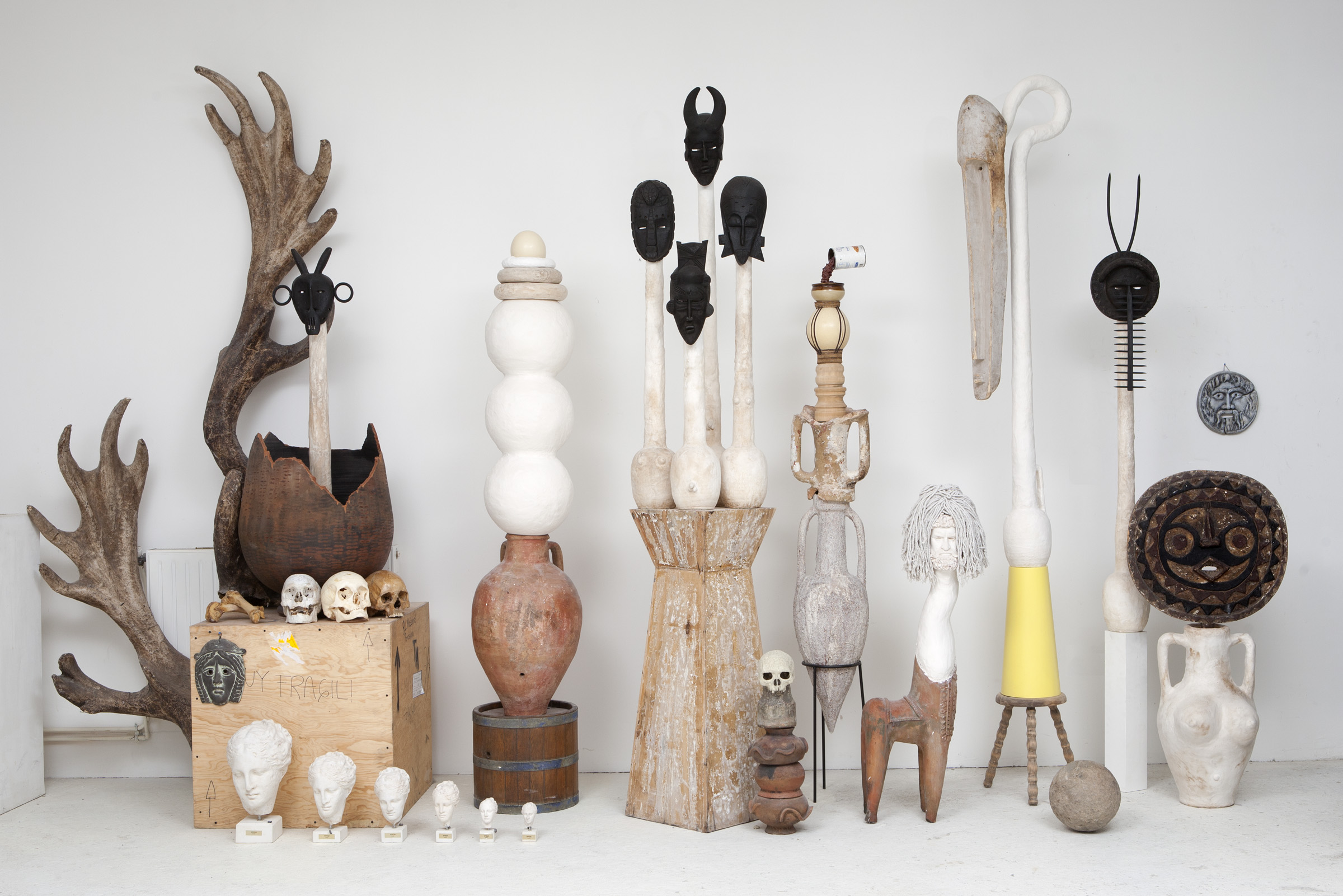